What Reels Do I Use

I get that question a lot. What reels do I use to fish with? My standard answer is light weight reels. I generally look for the lightest reels I can find. Right now I use Hardy Bougle Lightweights. They were made for the Japanese market and are thought of as some of the nicest reels that Hardy has ever made. They also have an Agate version.

These reels weigh in at the low 3 oz. range. It has taken me several years to collect the few that I have, mostly from Japan. Since so few of these reels where made you will only see one or two come for sale each year.

The main reason I use light weight reels is the performance of the rod. I personally like the feel of the bamboo rod when it has a light weight reel on it. I think you can feel the action much better when the lever and spring are allowed to work properly. 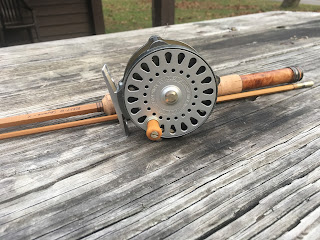 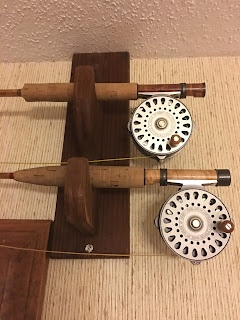 Posted by Cris Carpenter at 4:36 PM